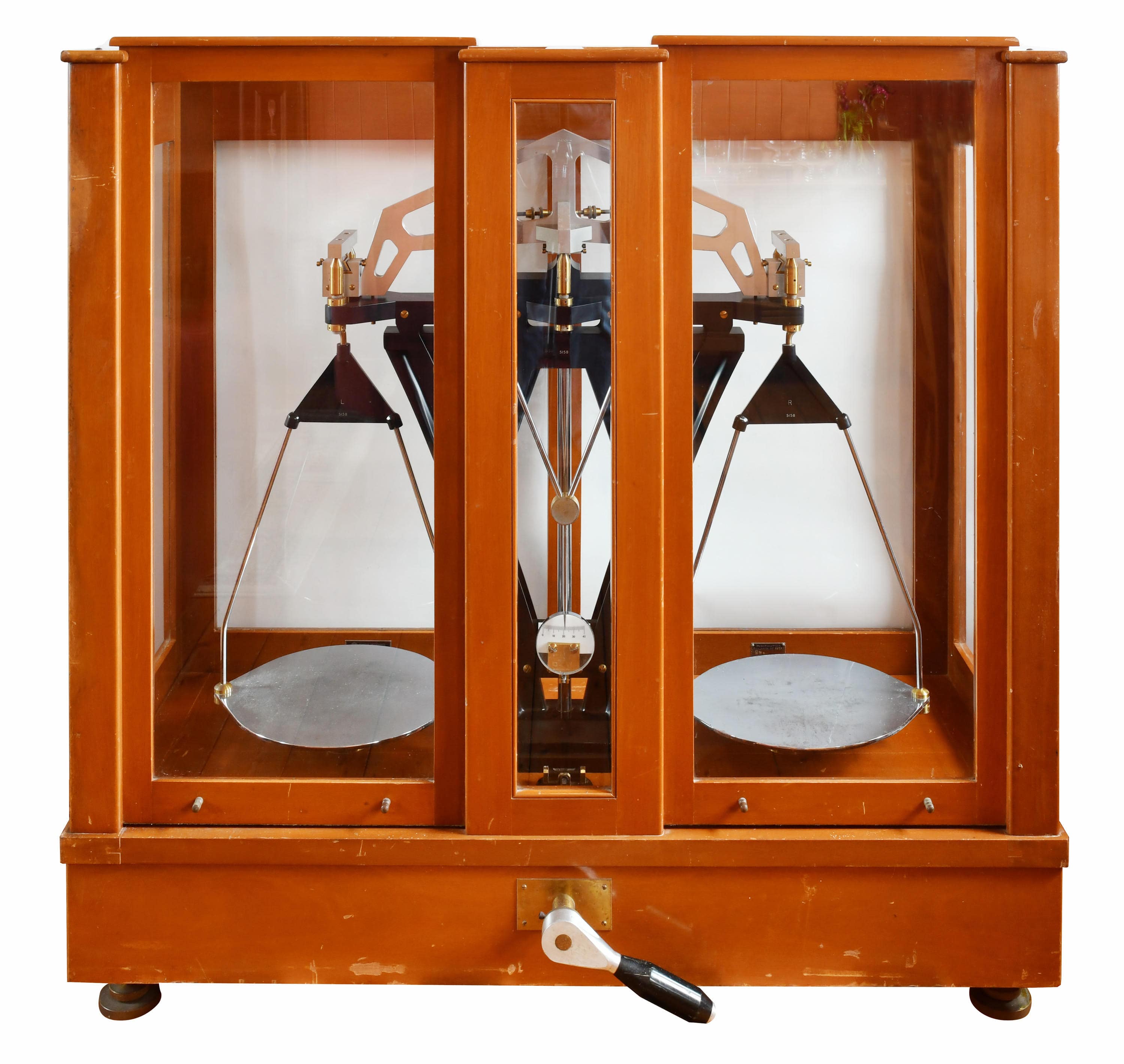 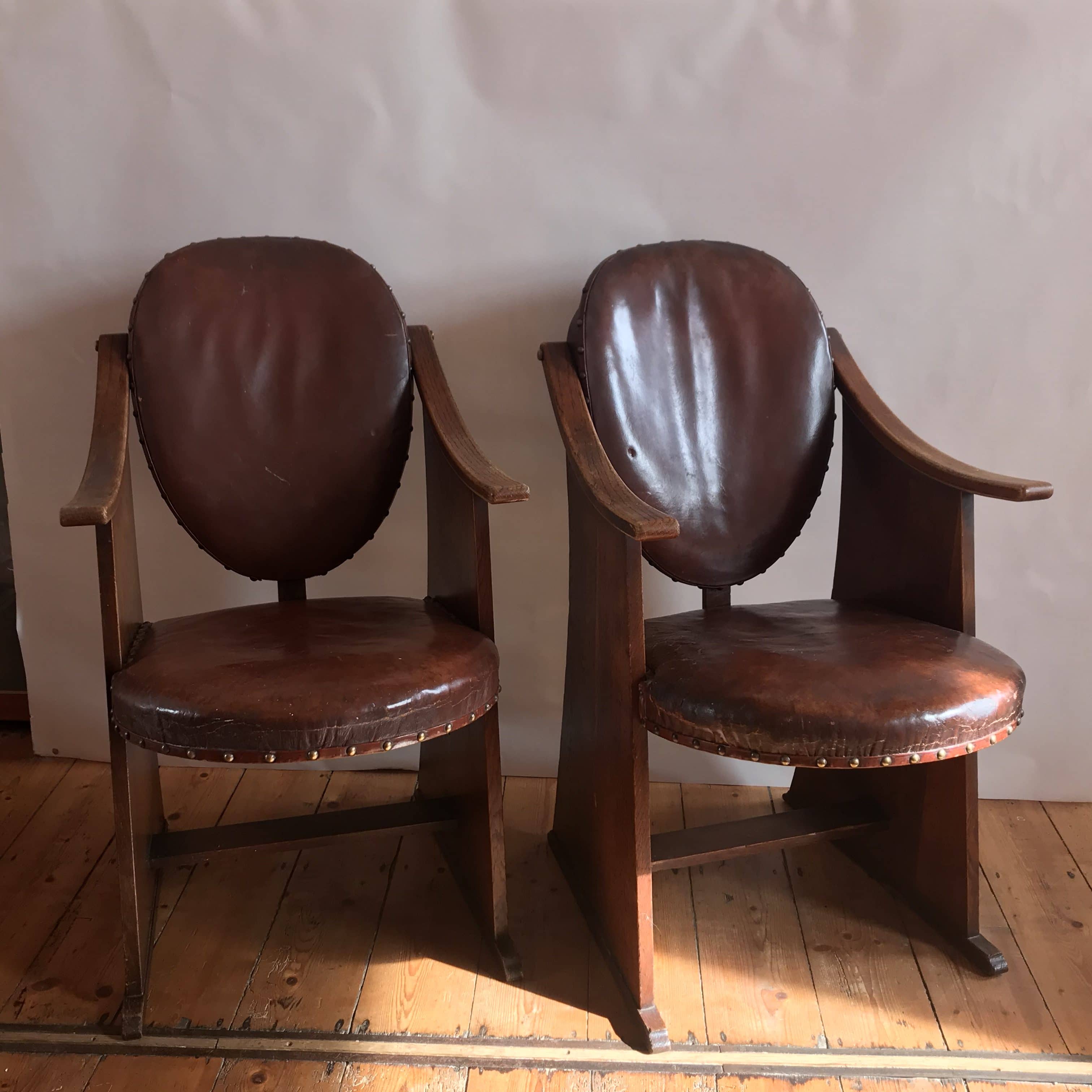 A pair of Art Deco oak chairs by Ernst Gomme of High Wycombe (Later to form the G Plan company), constructed in solid oak and with brown raxine upholstered back and seat panels. These chairs are reminiscent of vintage cinema/theatre seats, similar sets are illustrated in Gomme's 1932 Cafe and Hotel Furniture Catalogue. 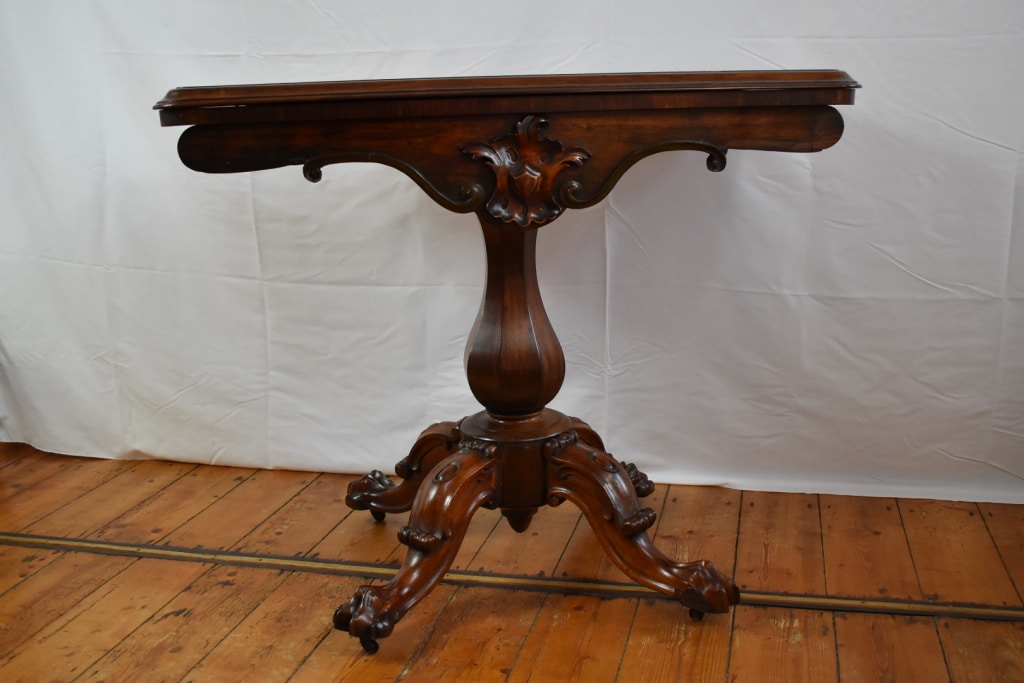 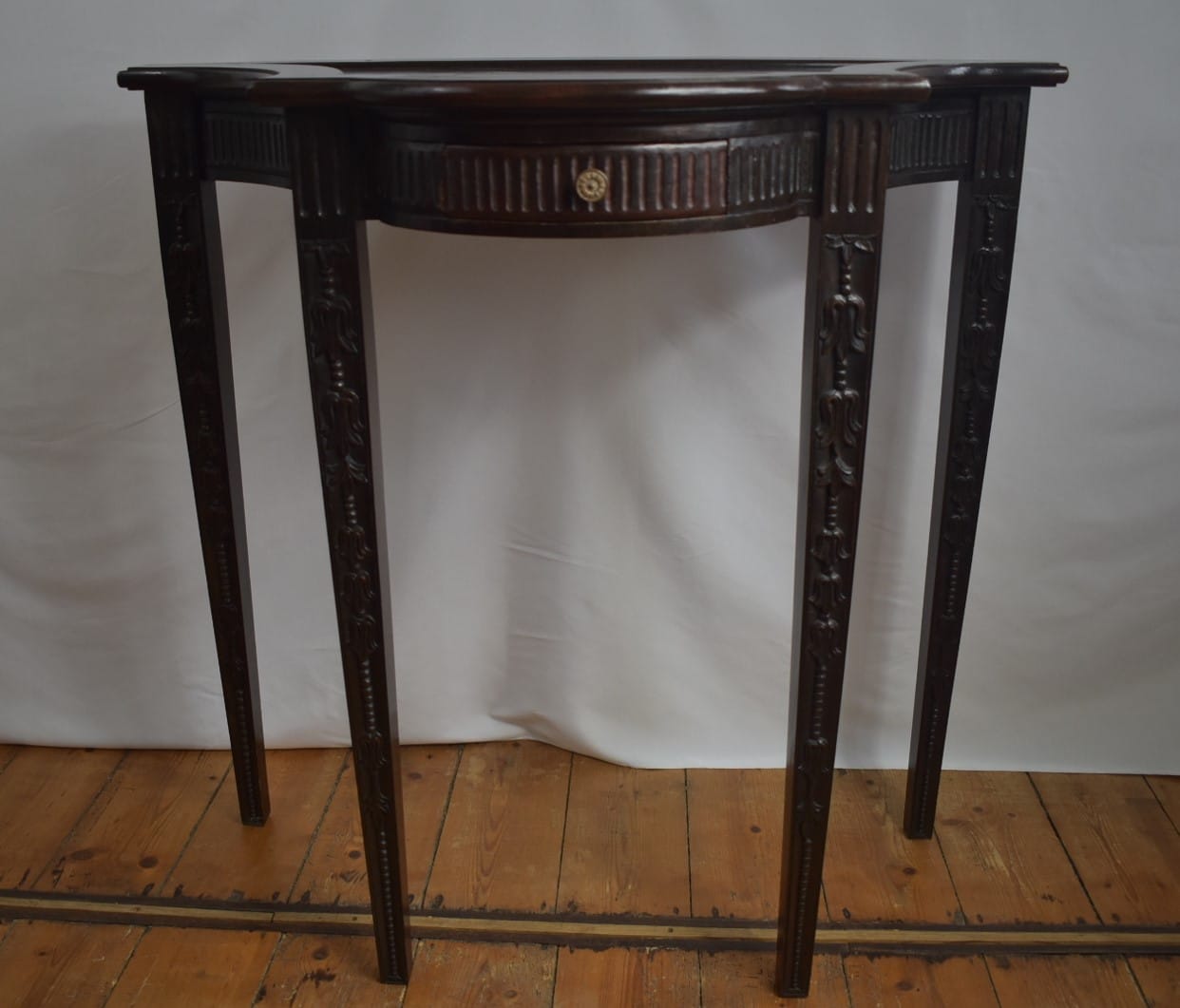 A tall contemporary rosewood serpentine shaped hall or side table with tapered legs and a single draw, H:84cm, W:89cm, D:43cm. 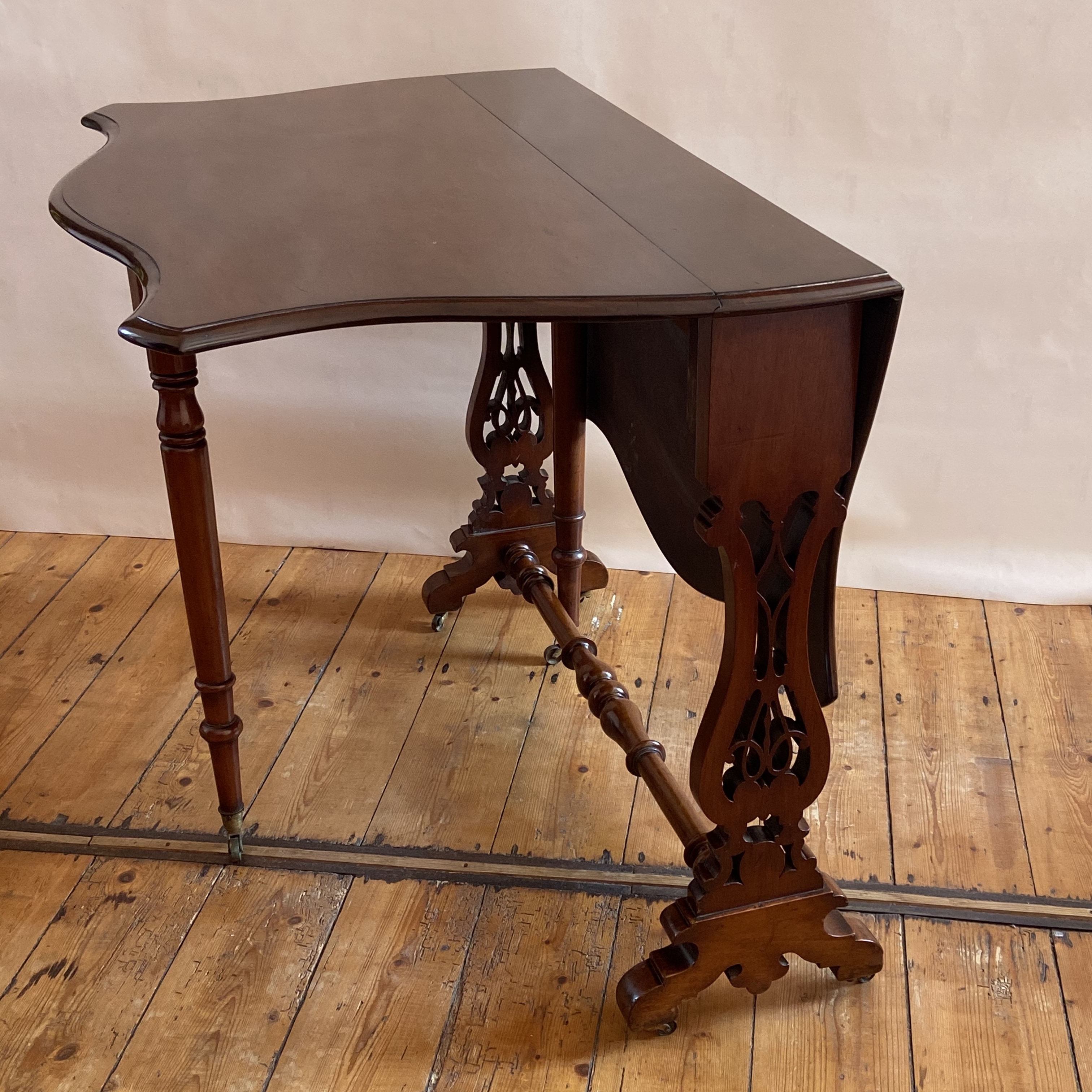 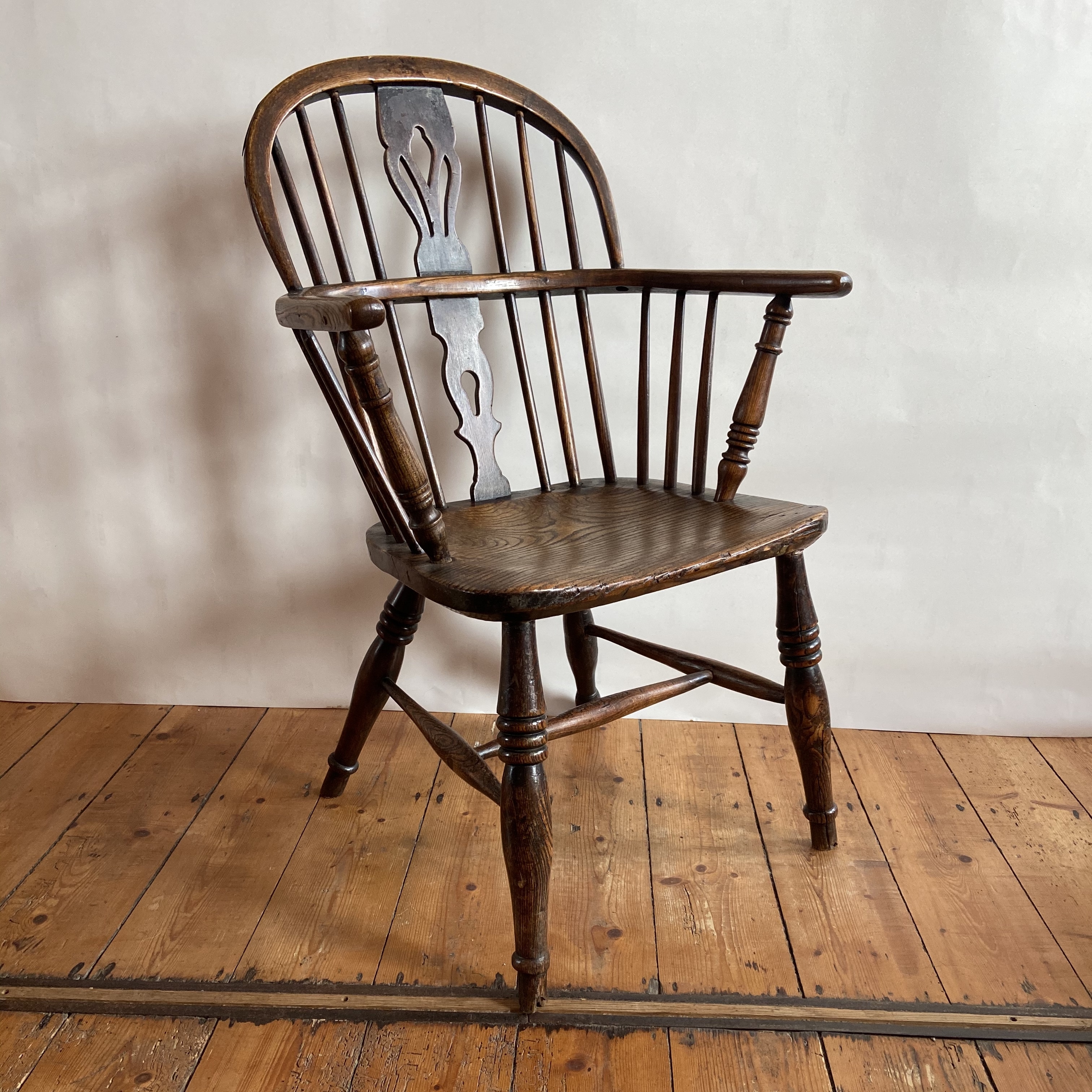 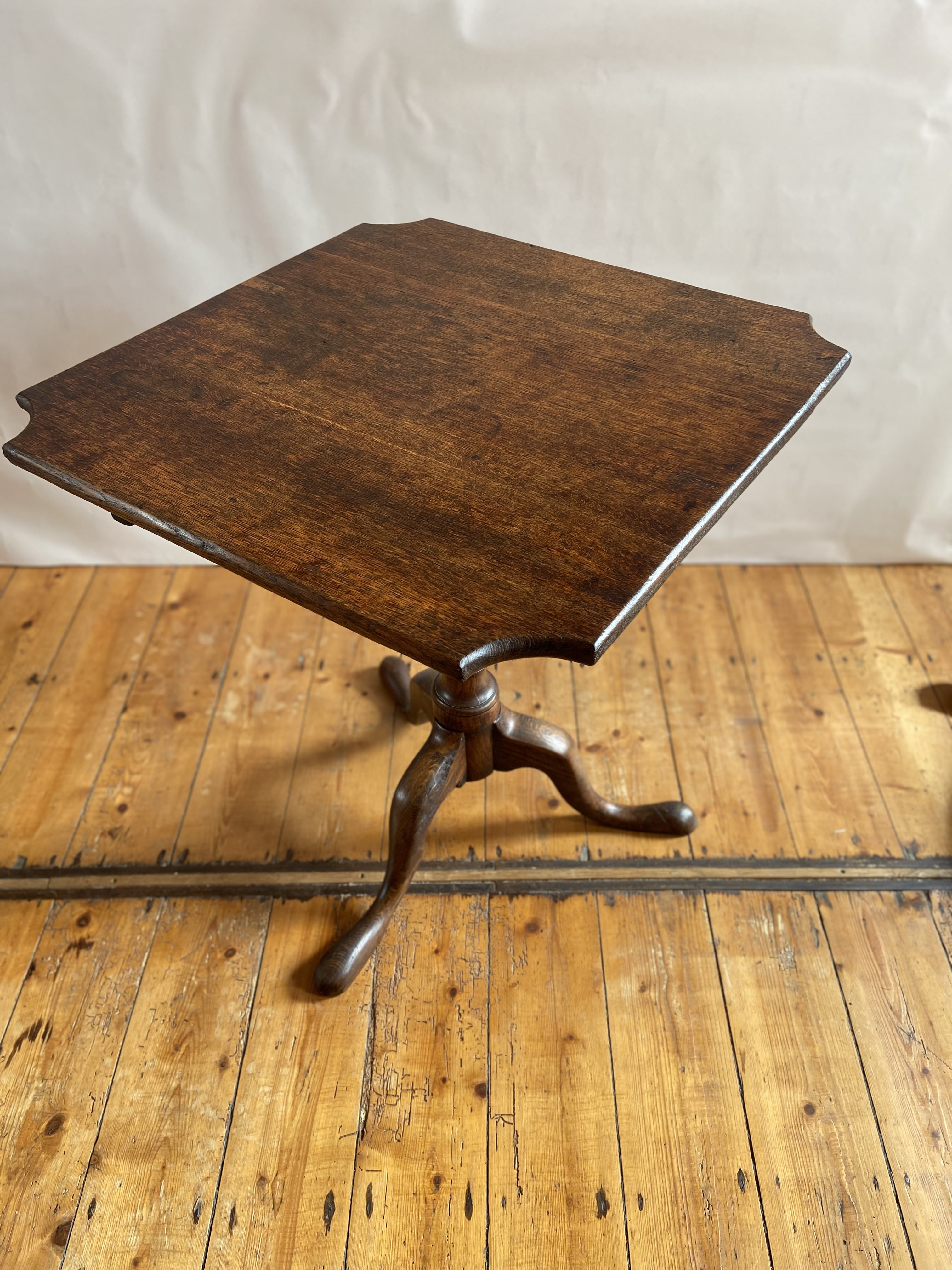 The table has its original snap top action in good order on a gun barrel pedestal and tripod pad feet. H:69cm, W:60cm. 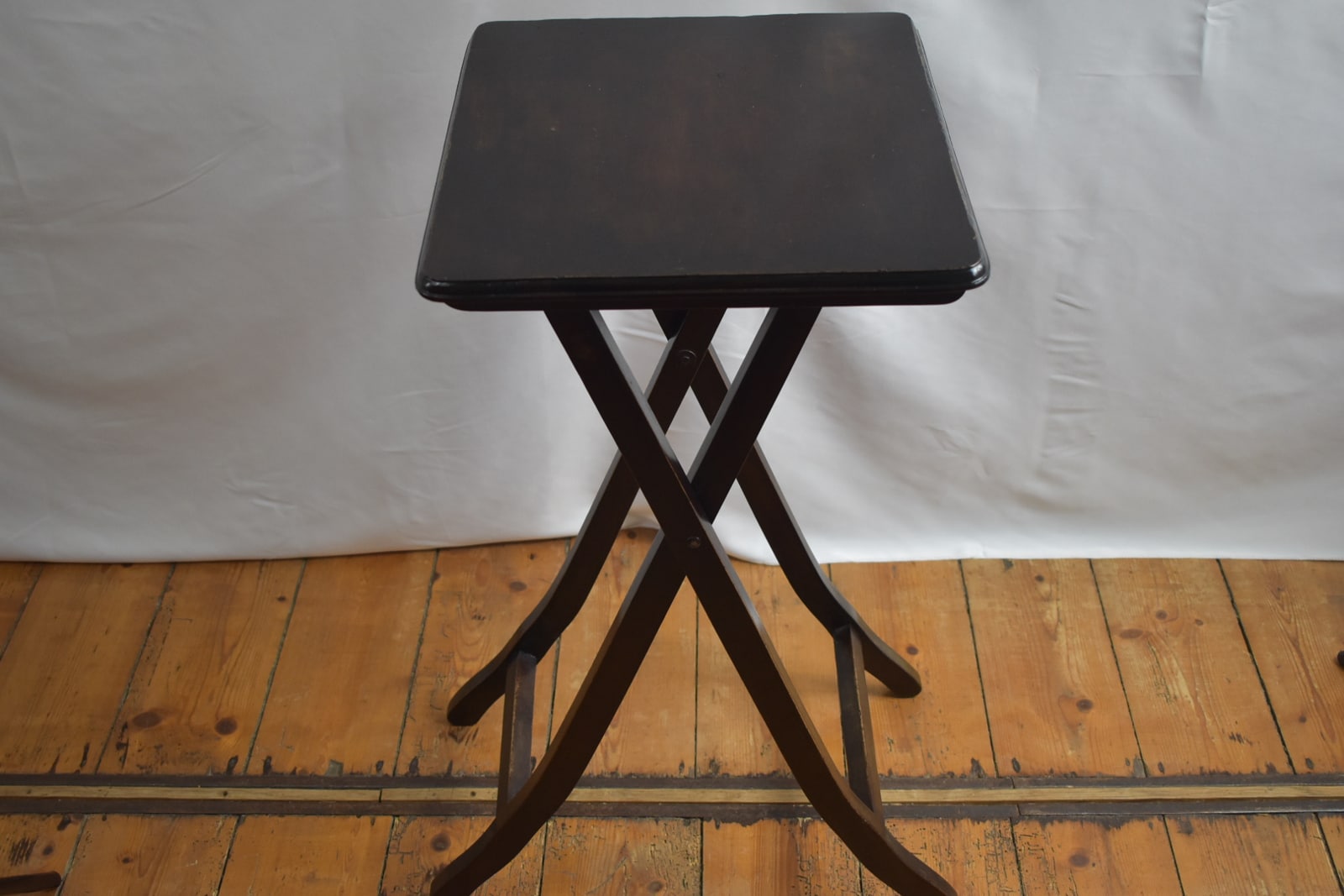 Thought to be an original servers table used on trains. This tall but small table folds down nicely for easy storage and carrying. H:69cm, W:40.5cm, D:35cm. 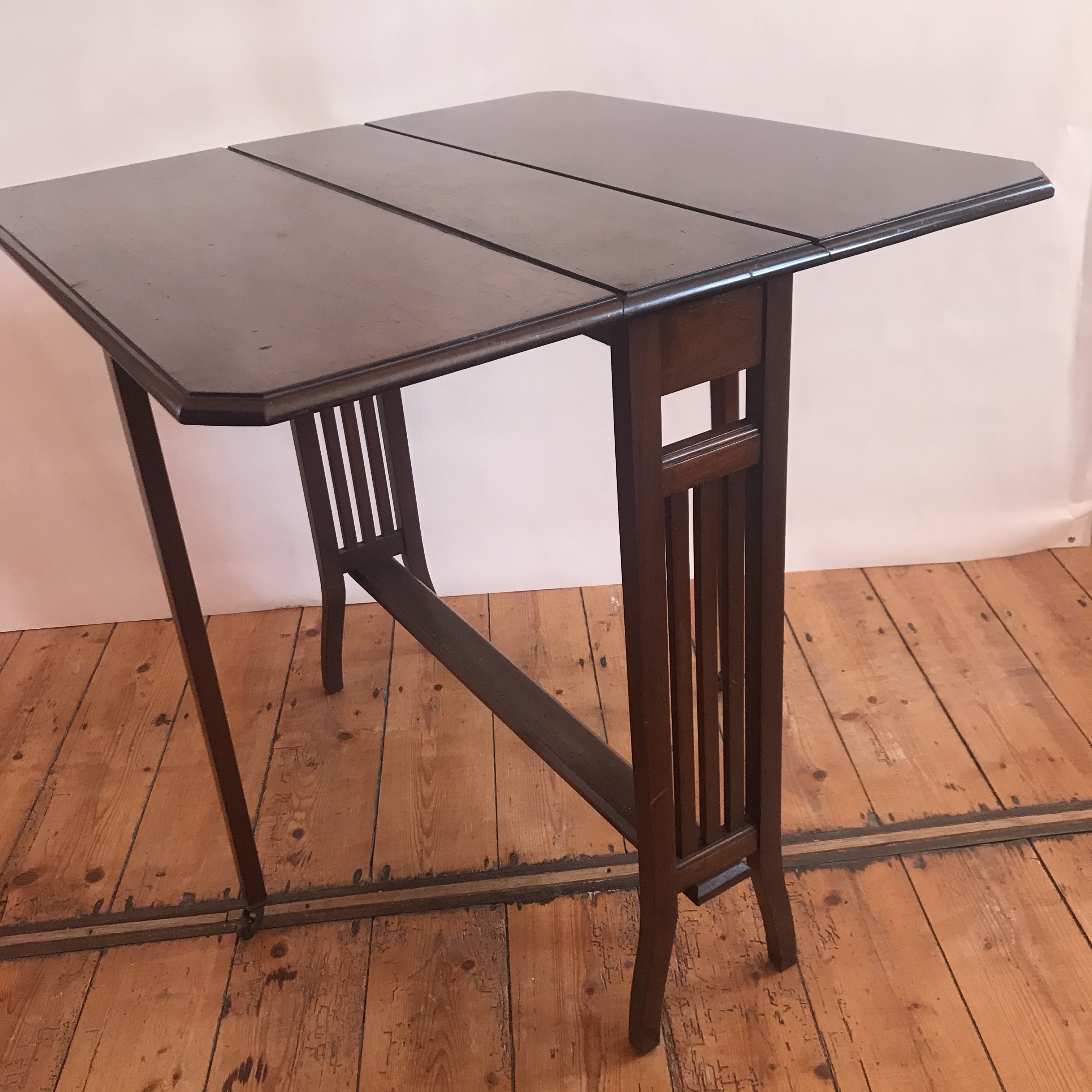 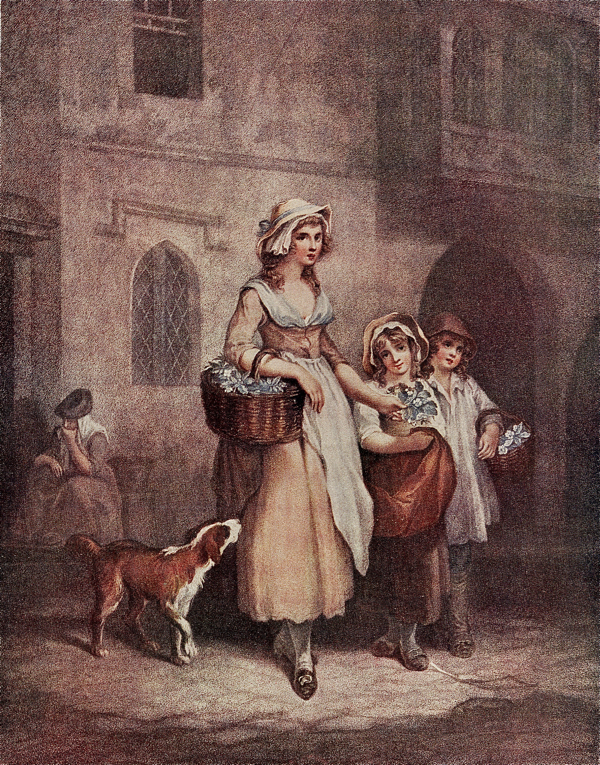 The Thirteen “Cries of London” by Francis Wheatley.

The "Cries of London" was a recurring theme in English printmaking for over three centuries. These colourful prints form a visual record of London's "lower orders", the peddlars, charlatans, street hawkers, milkmaids, and grocers who made their living on the city streets. They give the viewer a glimpse of a long forgotten London where tradesmen would advertise their wares with a musical shout or a melodic rhyme. Different versions of the "Cries" vary in tone from idealistic visions of contented street vendors to satirical caricatures of humorous urban figures. One of the most famous series of "London Cries" is the group of pretty pictures executed by Francis Wheatley. Wheatley's series was immensely popular and enjoyed a long period of success in the English print shops. Between 1792 and 1795 Wheatley exhibited 14 paintings of the "Cries" at the Royal Academy. The pictures attracted a great deal of attention at the exhibition and Colnaghi & Co. quickly agreed to publish a series of engravings after Wheatley's famous series. Only thirteen of the fourteen paintings were engraved and they were offered for sale individually or in a portfolio collection. The prints, which were executed in stipple, were engraved by some the most noted engravers in England; artists such as Luigi Schiavonetti, Giovanni Vendramini and Thomas Gaugain all contributed their work to the series. Complete collections of the "Cries" remained immensely popular, and by 1910 they were fetching more than James Audubon's folio "Birds of America" at auction. 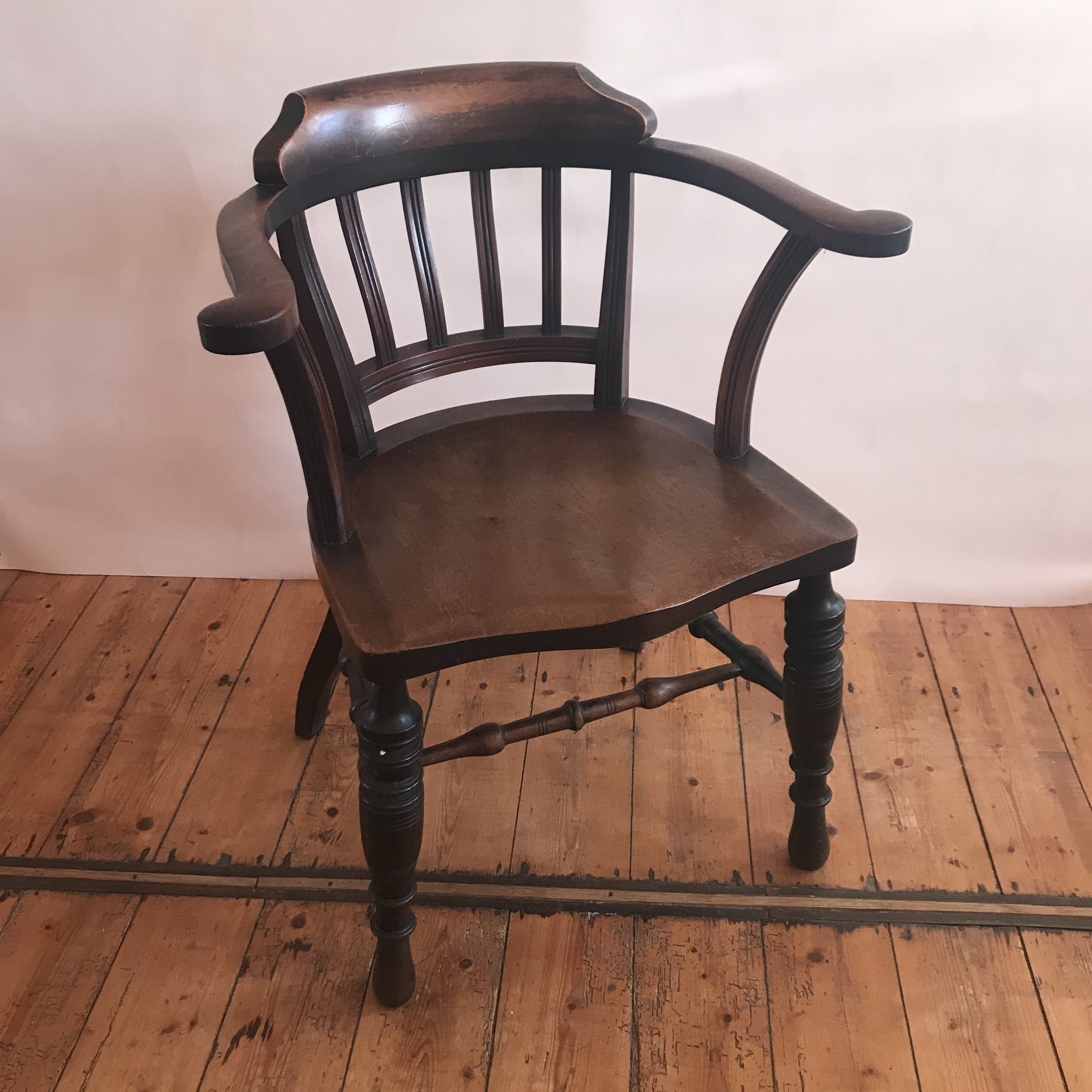 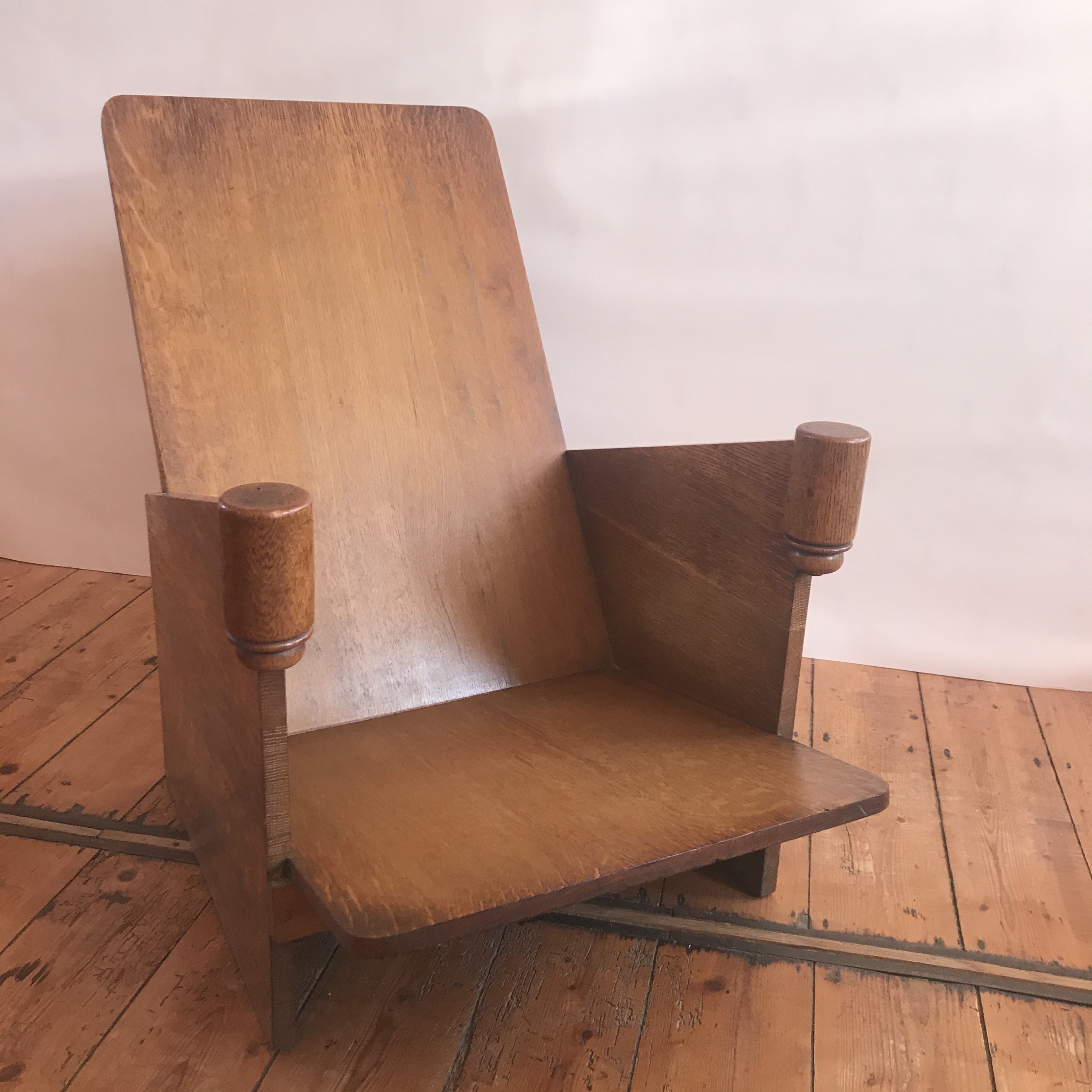 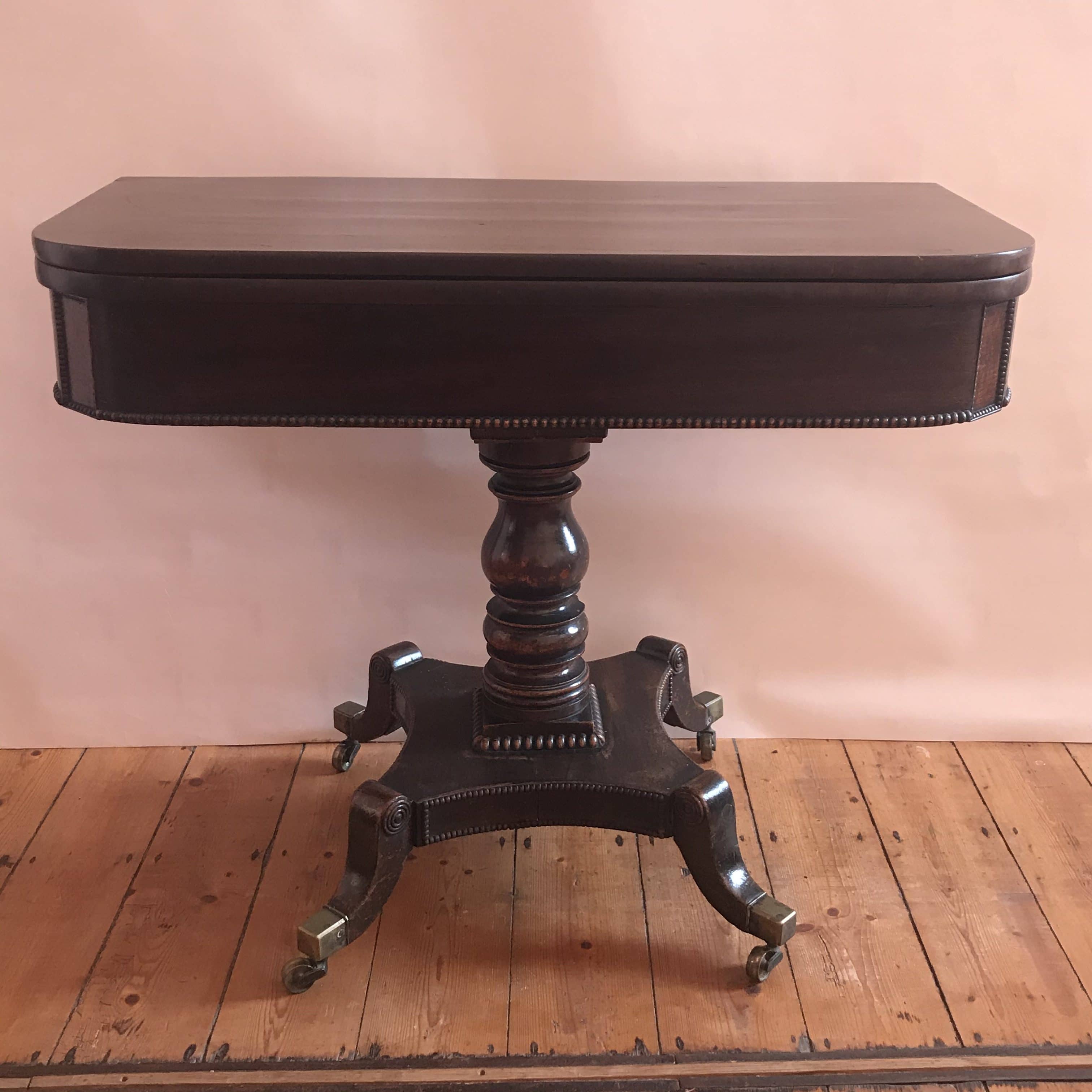 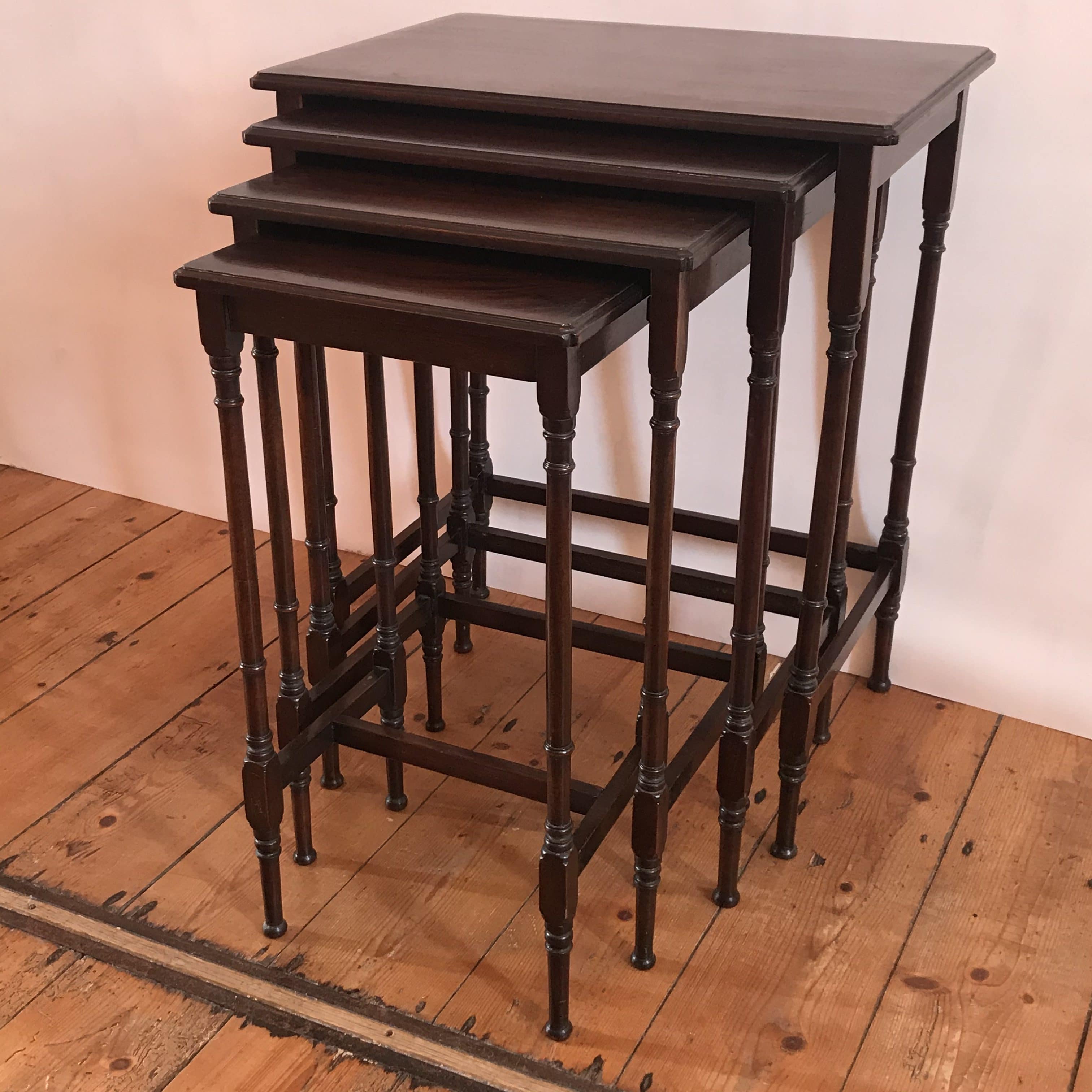 A lovely Mahogany nest of 4 tables with shaped corners with turned legs on bun feet.