A simple cushion, a statement center piece or an unusual print, whatever it might be that grabs you, that’s what you are likely to find here. 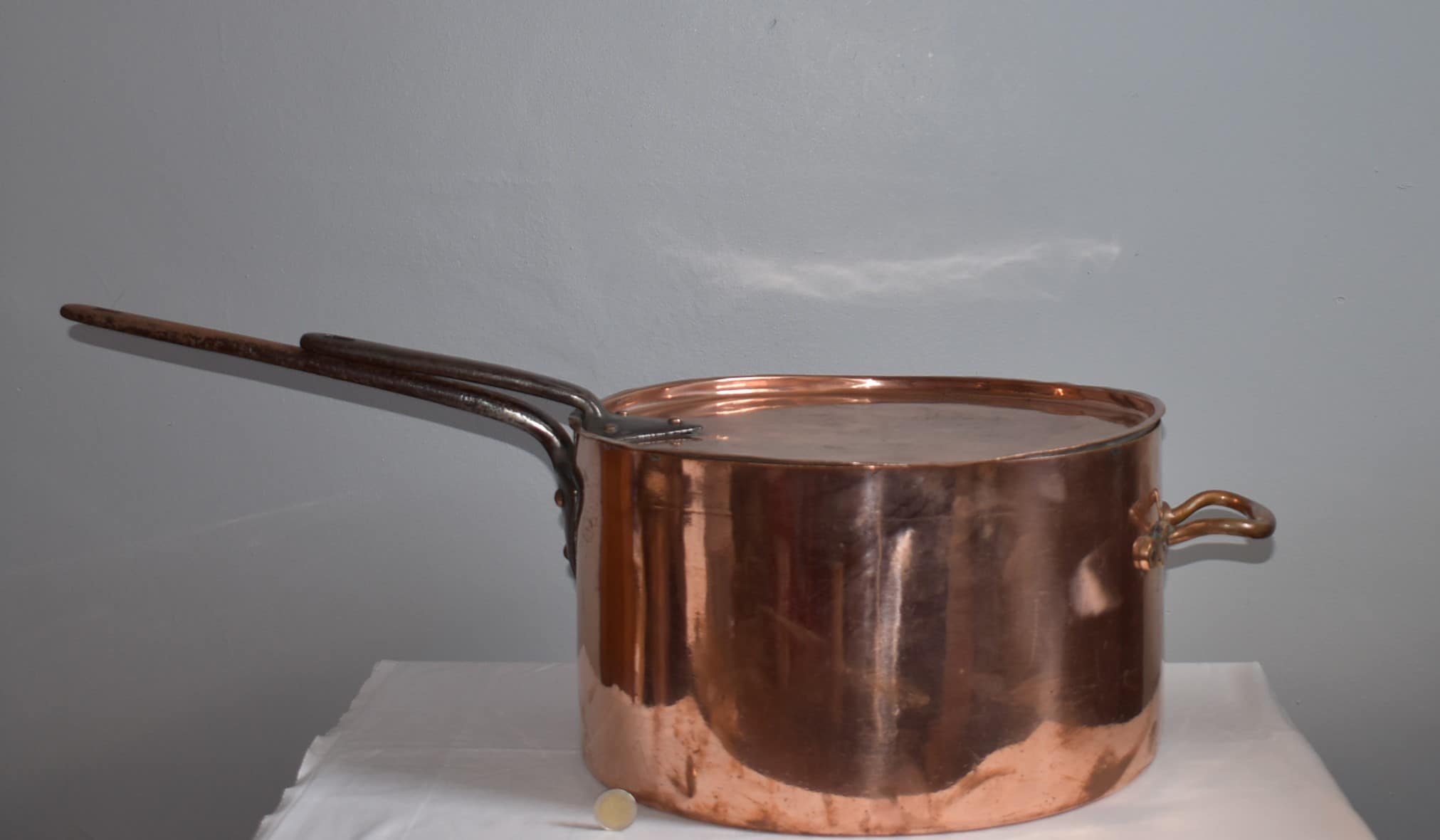 A large heavy antique copper pan from stove makers La Fontaine Bros. of London. The pan dates from the late 1800’s and its overall condition and quality is remarkable bearing in mind that it is well over 120 years old. It is very unusual to also have the lid. This is a magnificent piece. Total length including handles: 75cm, Diameter:39.5cm, Hight:22.5cm. 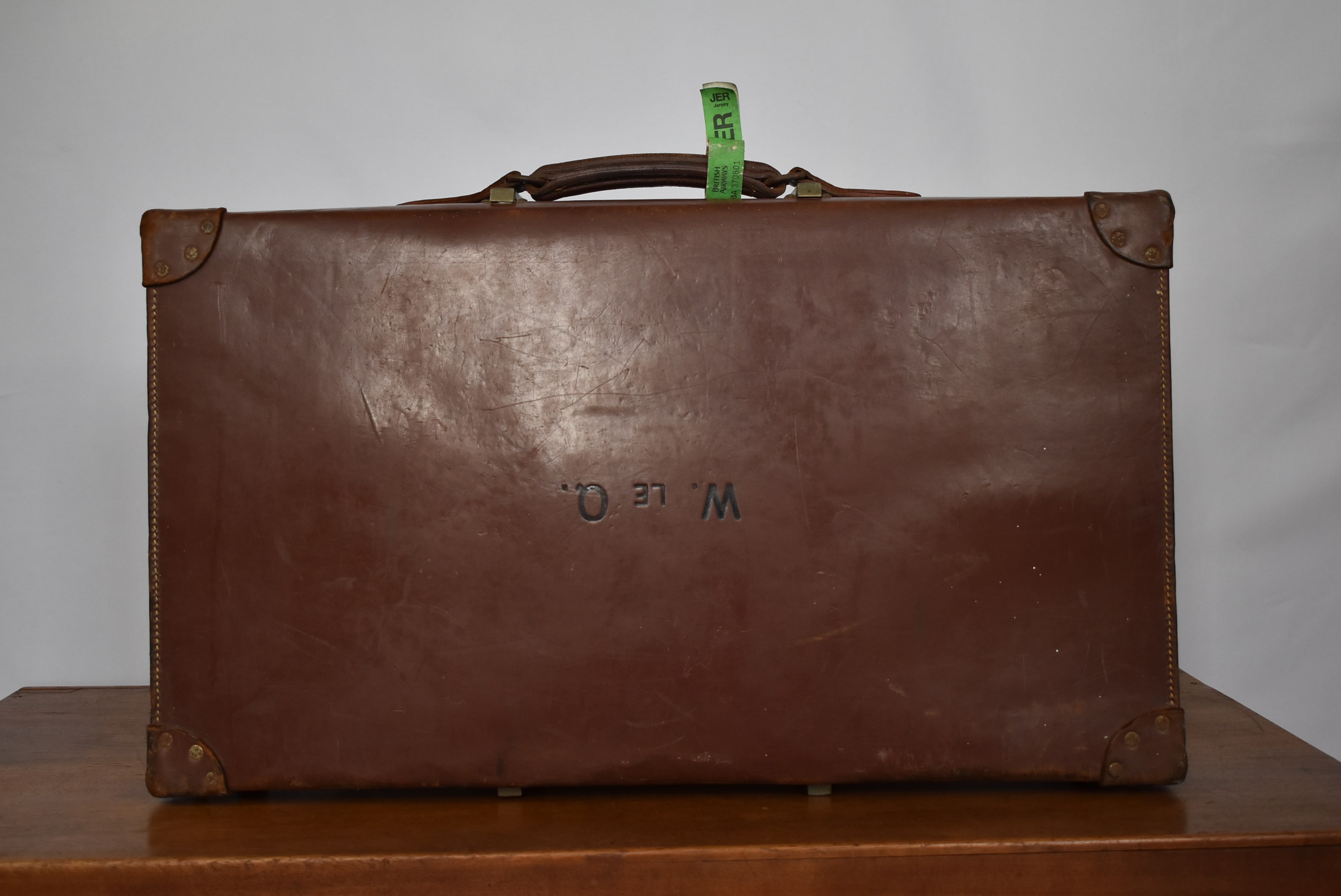 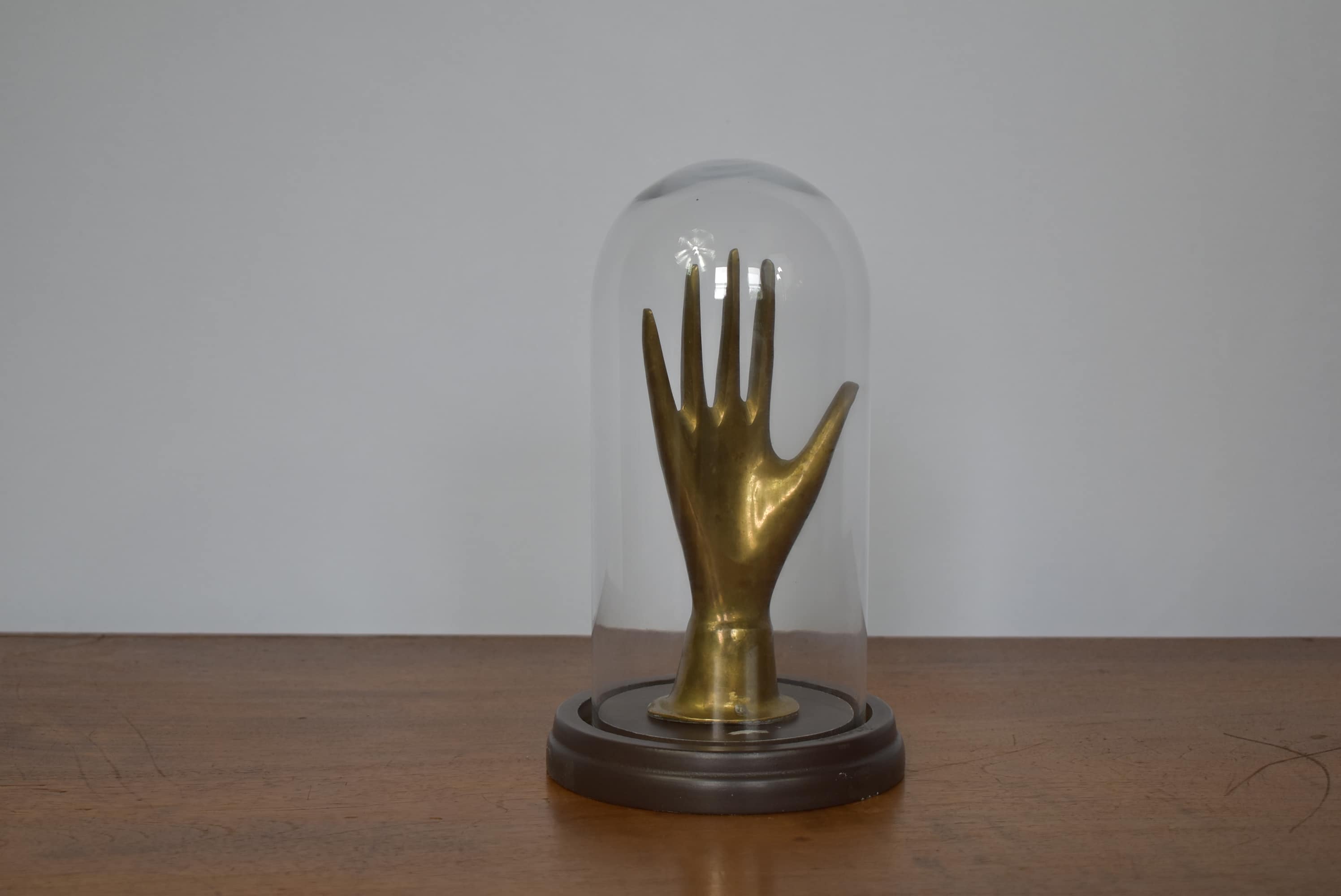 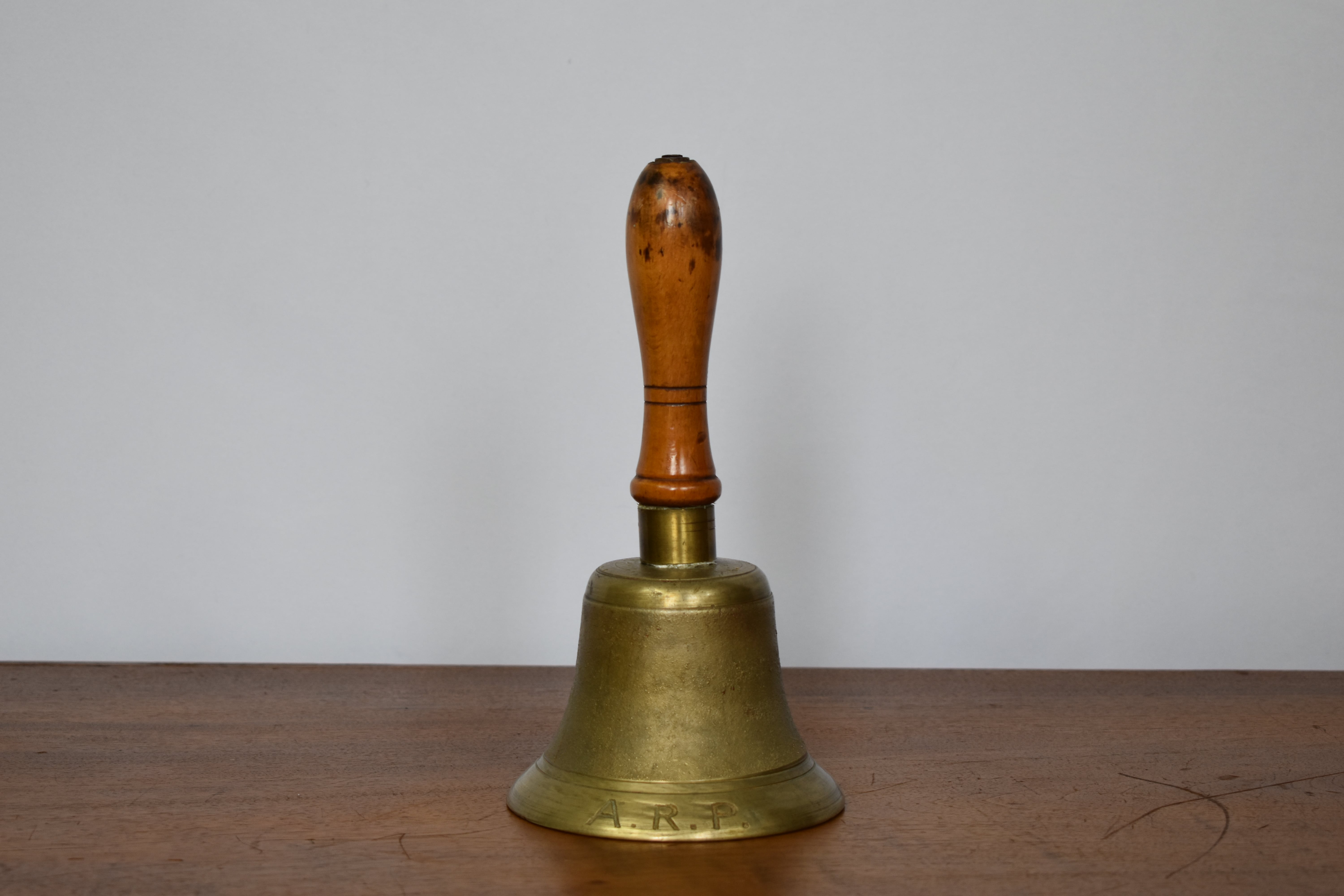 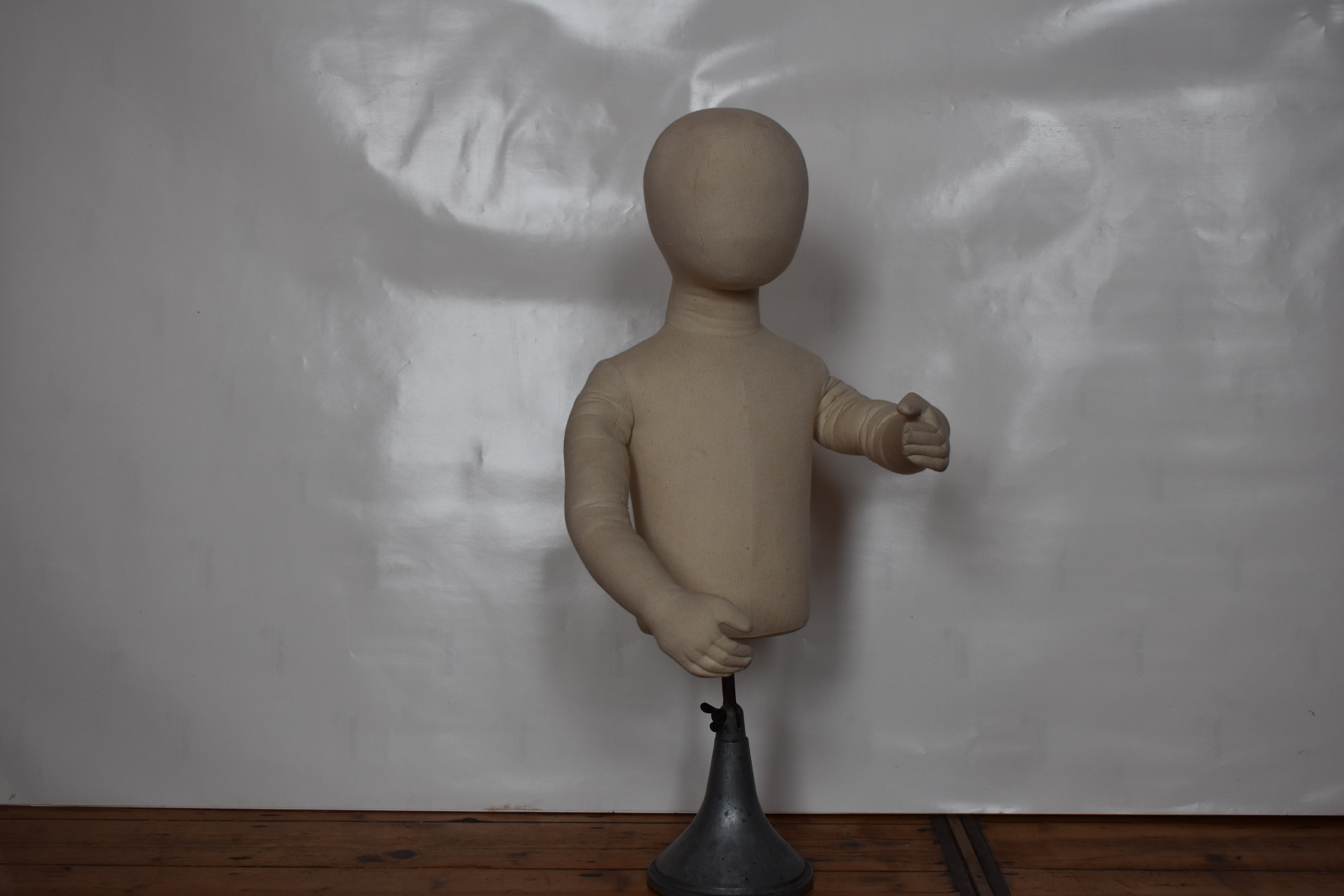 This child sized mannequin has fully movable arms covered in a soft durable material. Made by Bay Area Displays in San Francisco. 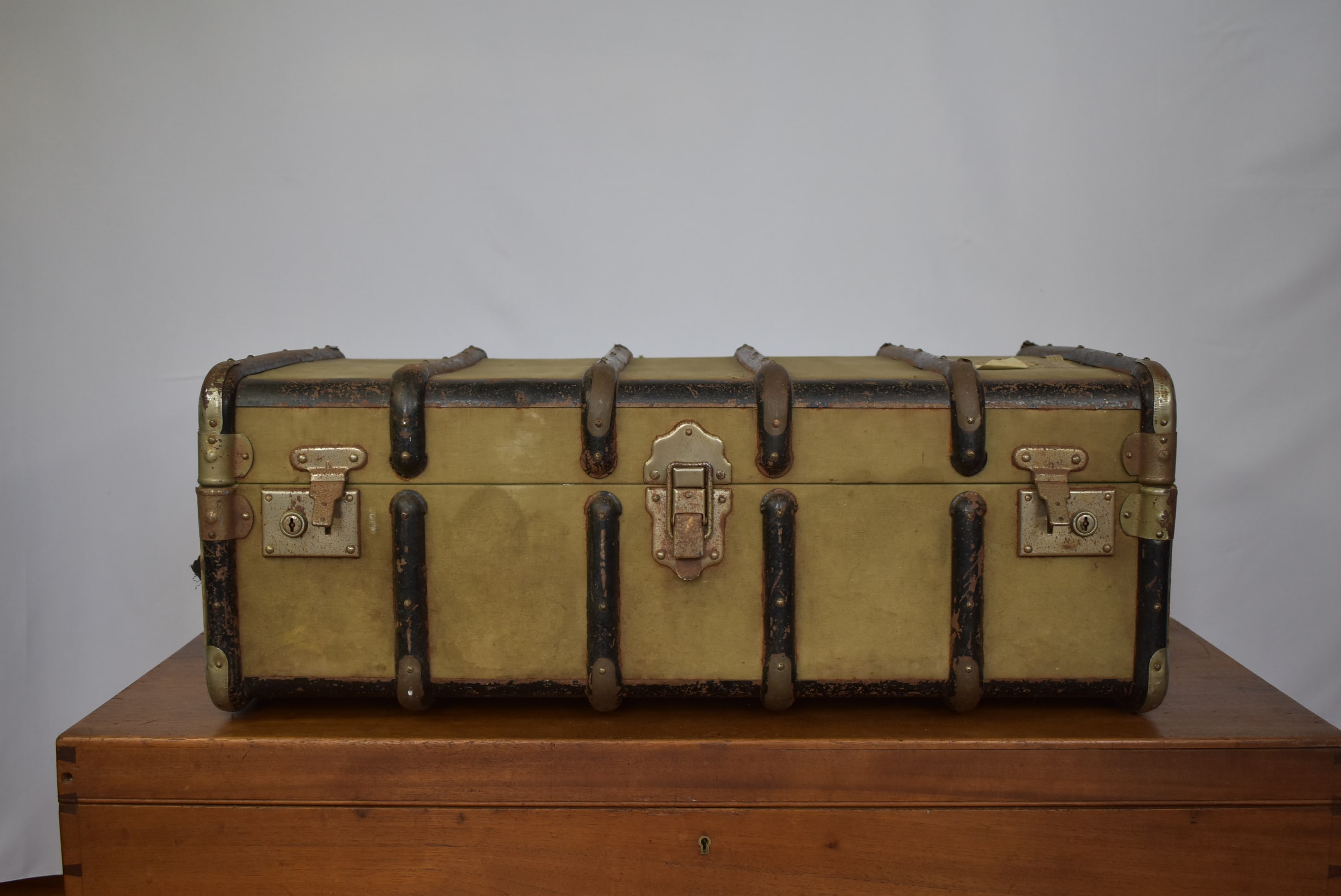 Travelling trunk, believed to be from the 50's. Early vinyl exterior with wooden protective banding stretching over the whole trunk. Leather handles on either side. Includes original key. L:85cm, H:51cm, D31cm. 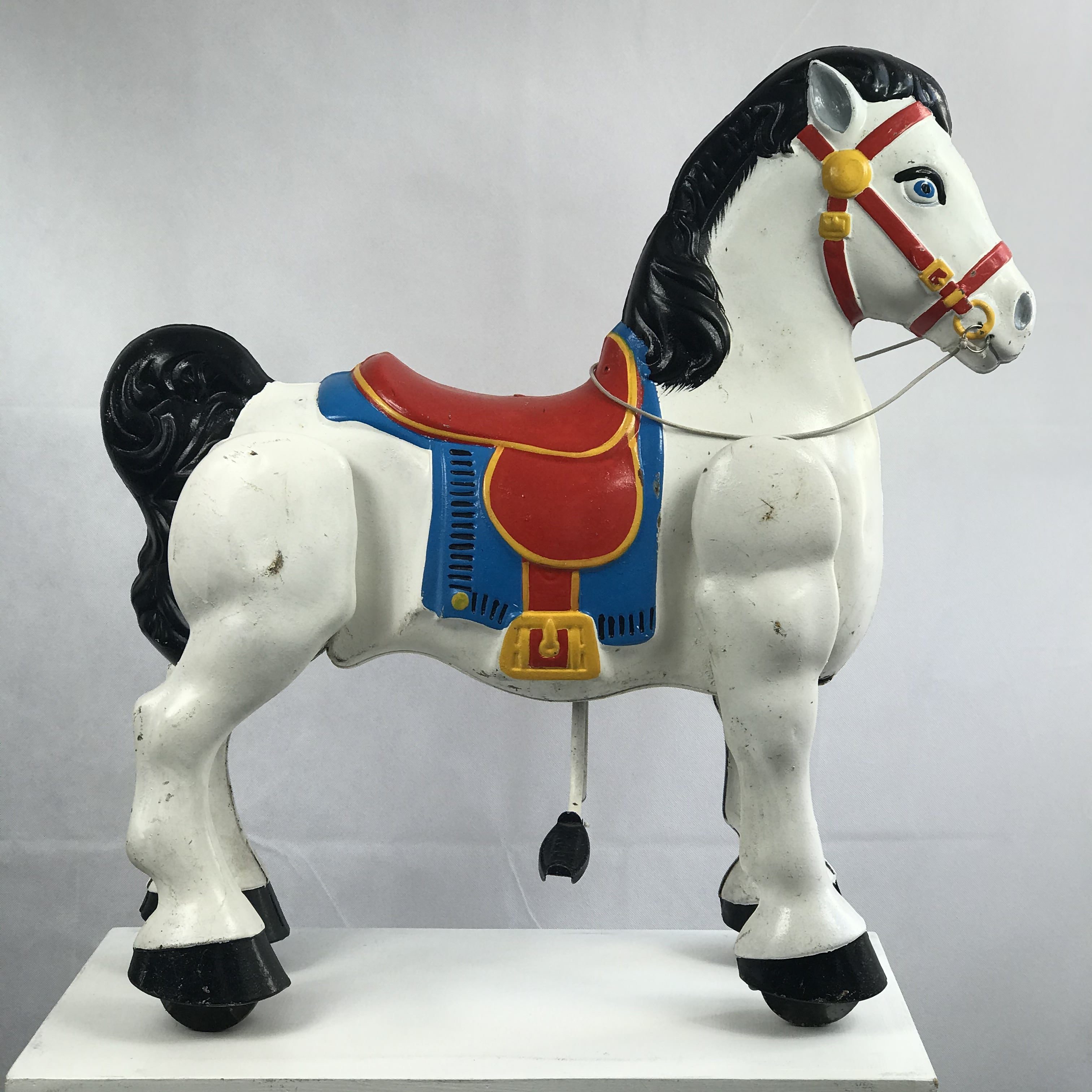 D. Sebel & Co. was founded in East London, England, in 1921 and made various metal products. It made metal furniture and toys beginning in the 1940s. The Mobo Bronco riding toy, the company’s best-known toy, was made from 1947 to 1972. When the rider pushed on the stirrups, the horse moved forward. The mechanism was patented in 1942, but production didn’t begin until 1947. Several different models of the horse were made. “Magic Steering” was added in 1950. The horse could be made to turn by pushing on one stirrup. The company opened a factory in Erith, Kent, England, in 1947 and a subsidiary in New York City in 1948. The Bronco was so popular that it stayed in production until 1971. Our Bronco is a 1940's model without the "Magic Steering". 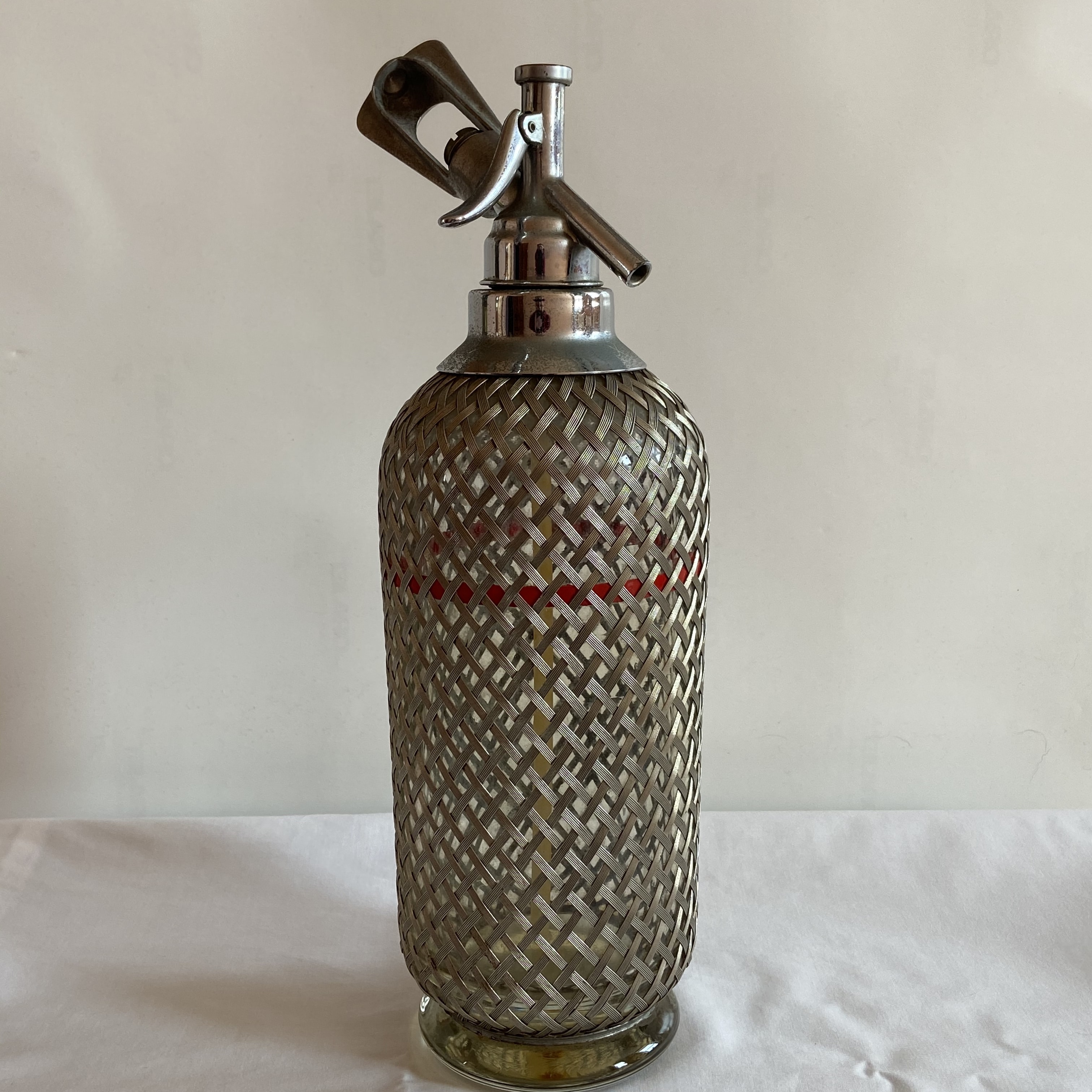 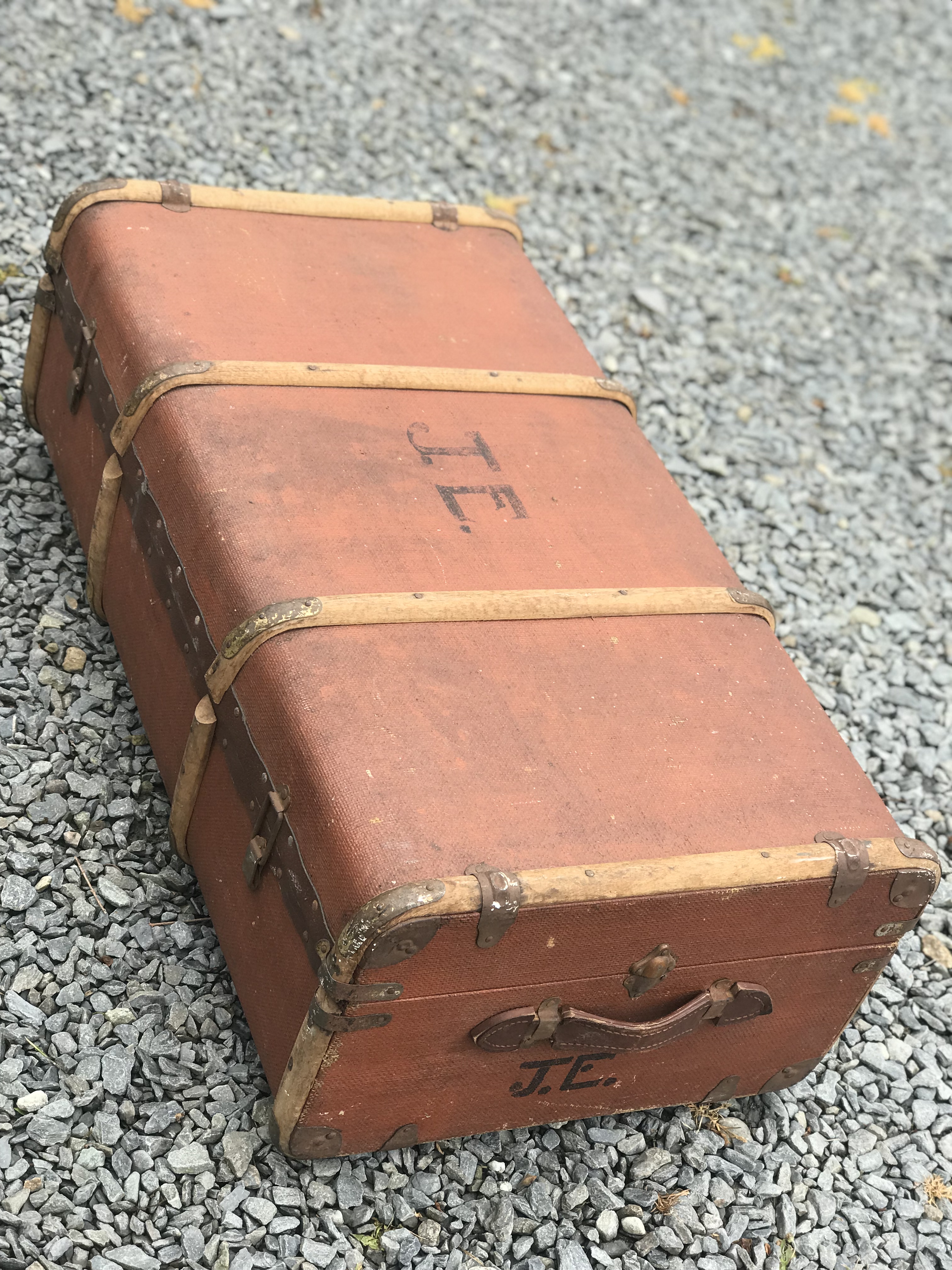 Travelling trunk, believed to be from the 50's. Early vinyl exterior with wooden protective banding stretching over the whole trunk. Leather handles on either side. Approximate measurements: Hight: 31cm, Length: 92cm, Width/Depth: 51cm. 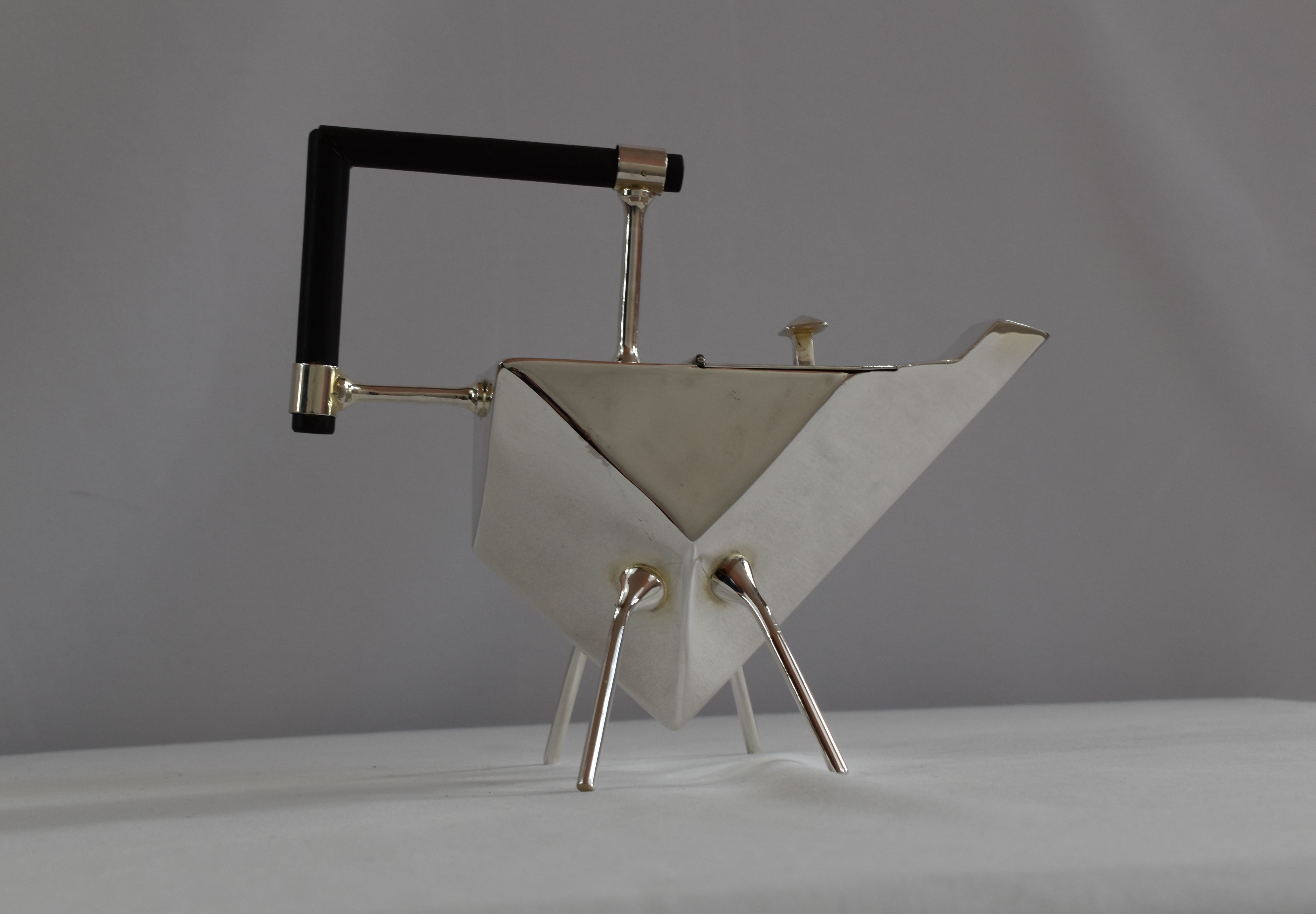 Silver plated Christopher Dresser design teapot. Christopher Dresser (1834-1904) was one of the most talented British designers of the nineteenth century, and these teapots are rare. Dresser was an industrial designer before the profession had been invented, a man who found new ways of designing for production that few of his contemporaries could have imagined. Dresser worked for a large and varied number of manufacturers and created designs for silver plate, cast iron, furniture, ceramics and glass, as well as textiles, carpets and wallpapers. The teapot epitomises how innovative he could be and reveal his principles of design extended to their most extreme conclusion. It is to these designs, along with a select group of others developed in 1879, that Dresser owes his posthumous reputation as a major figure in British industrial heritage. 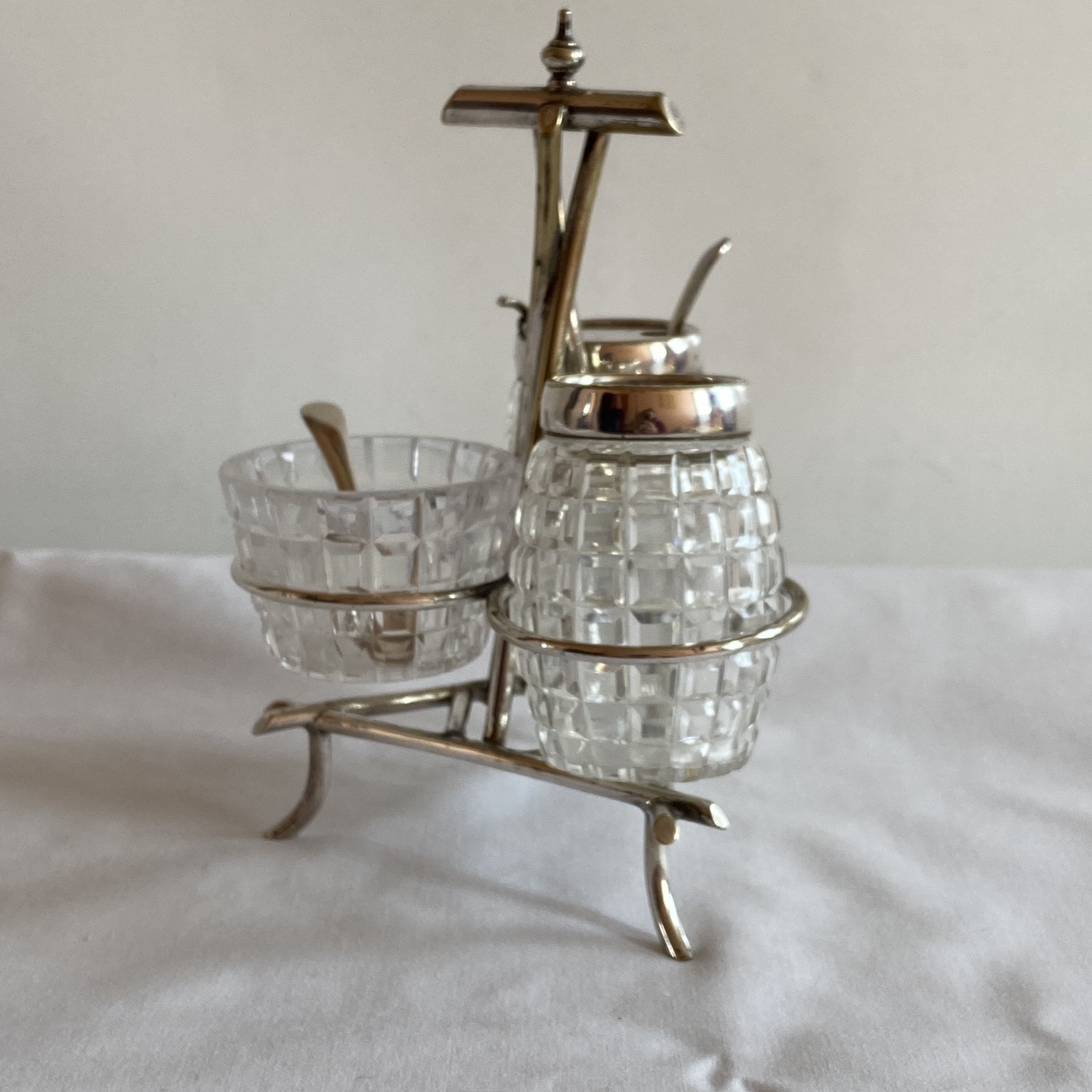 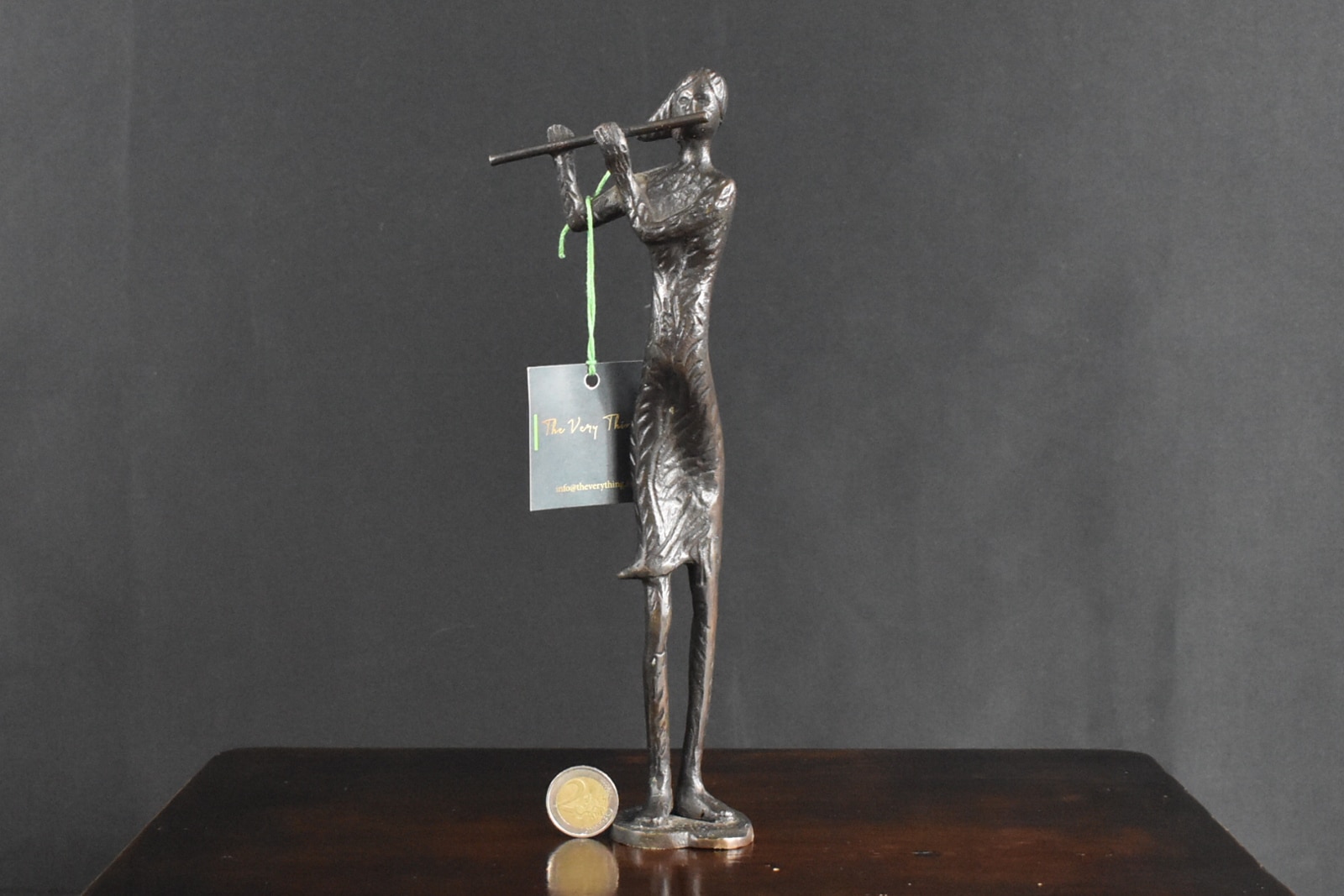 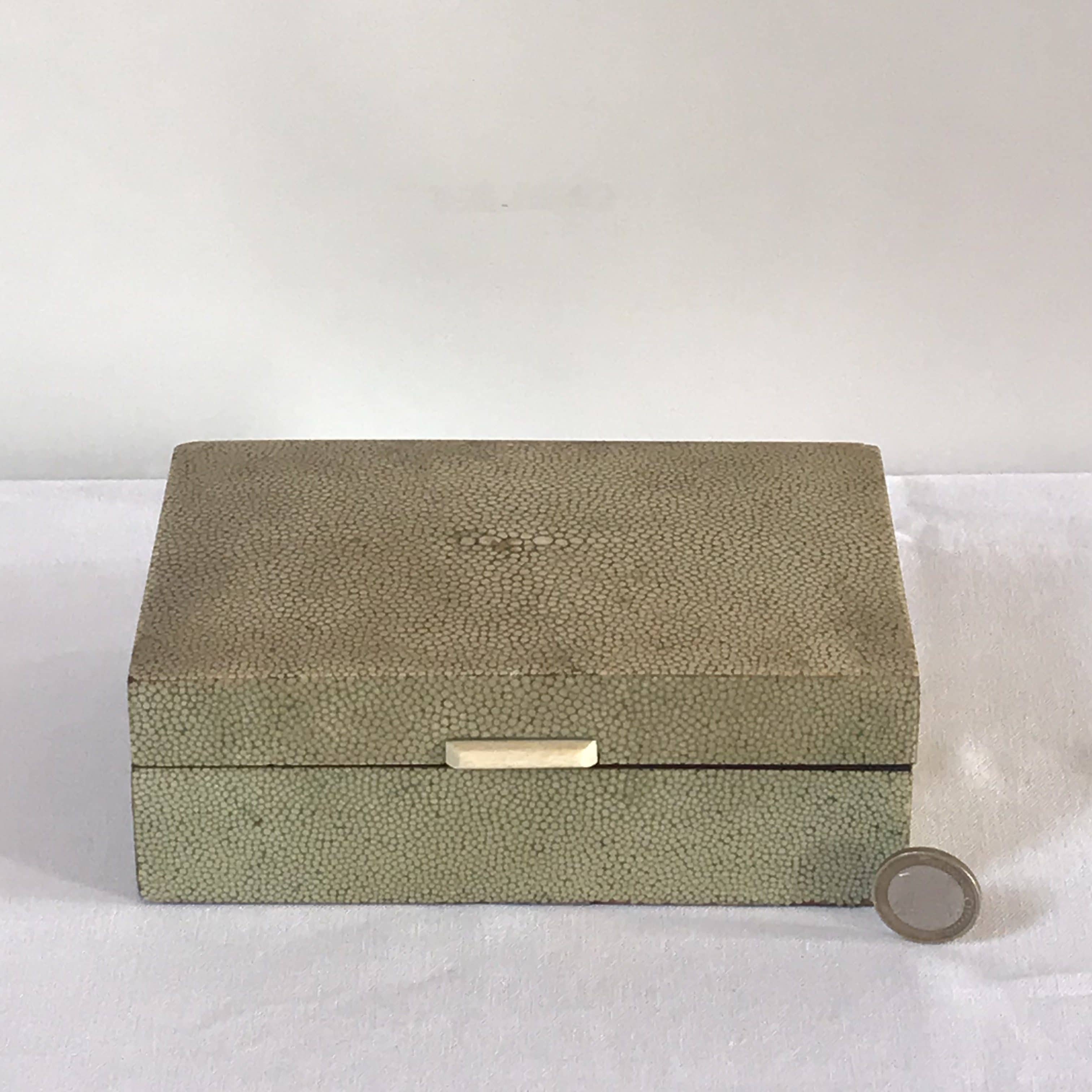 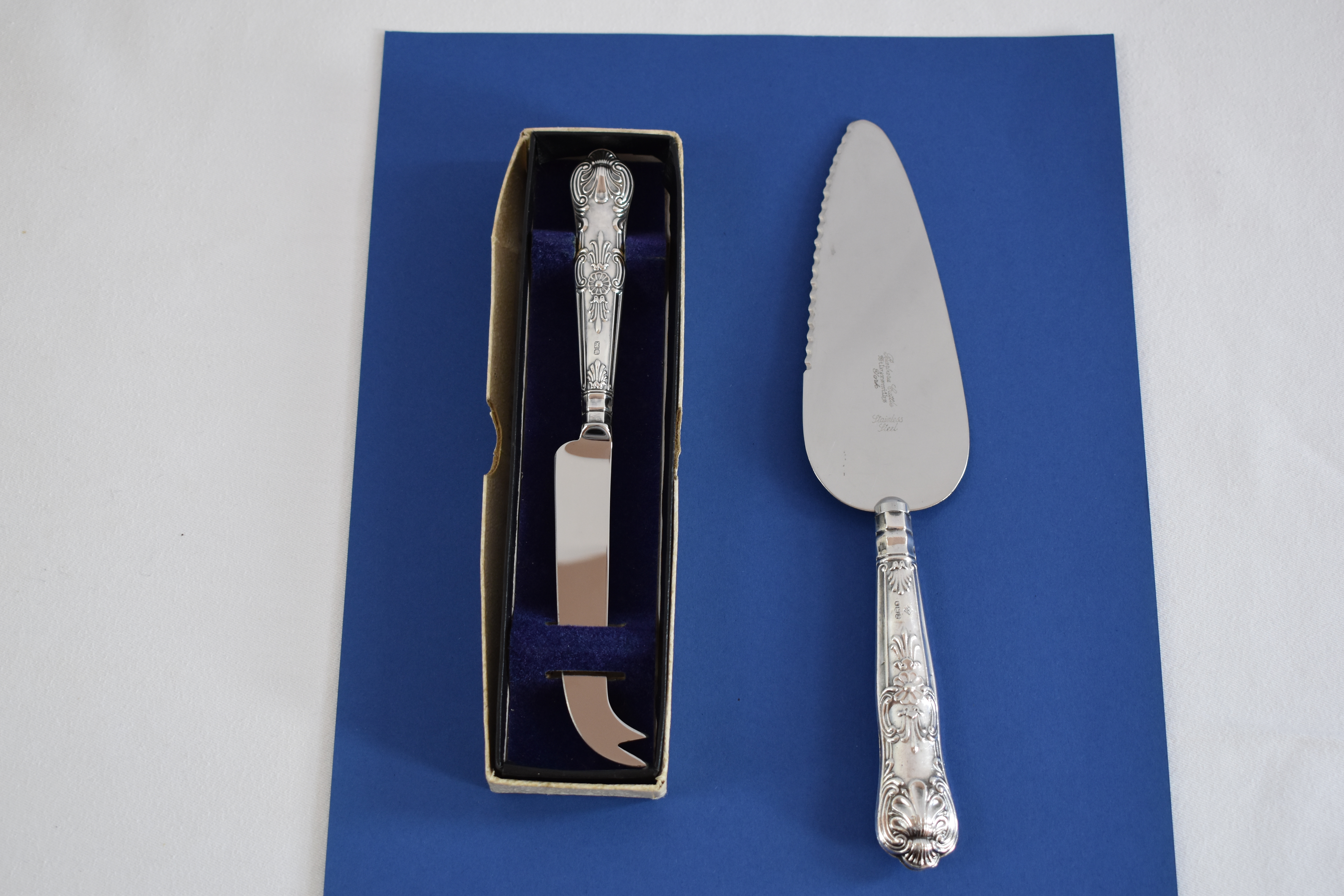